The Film Festival Seize this Day with Me SEIZE THE FILM! includes screenings of foreign and domestic
films on the topic of “The lives, activities and achievements of people with disabilities”


The festival is international in character, and first has taken place in Novi Sad since 2003., with the goals of:


The organizers of the Film Festival are Creative affirmative organization Parnas – CAO “Parnas” from
Novi Sad, Serbia and Association Spirit from Rijeka, Croatia in cooperation with numerous partner
organizations from throughout Serbia and Croatia. Spirit used to be participant in Festival with lot of short films during several years, then Croatian part of Fest is born.


The first time this Film Festival was presented in Croatia was in 2011. in Rijeka and Krk ( the capital of
island Krk ). After that the story was slowly spreading out. Already in 2012 and 2013 a scope
screening of movies extended to other cities in Croatia such as Pula, Zagreb and Osijek.


In 2014 the „ Seize the Film  HR“ tour affected 11 Croatian cities (with 15 screenings), Rab, Osijek, Zagreb,
Cakovec, Krizevci, Bjelovar, Labin, Sisak... In all those cities we showed the retrospective of the
previous festival films with a very good public response. Most of those cities requested the film
projections to continue so they did but in a slightly different way. We moved the projections to
schools, libraries and other public places and in that way created more friendly and interactive
atmosphere where we could easily had the discussions with the audience about the films they were
watching.
Although the funding's for this Festival are getting smaller next year (2015), we are determined
to carry on because of the effects these films have on the raising of people consciousness. Another
idea is to show the people with disabilities that they are free to achieve whatever they wish for, that
there is always a way and everything is possible.

2017. and 2018. Festival has new success, not just with better funding, then having new partners.

More than 700 films came to contest,

schools, Universities, libraries, all of them want to have our program;

and MonteNegro (Kotor), are taking part in co-organization. 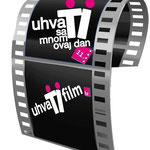 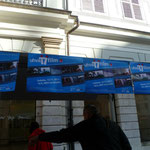